Lionel Walter Rothschild was the 'Lord Rothschild' to whom Balfour addressed his 1917 proposal regarding the establishment of a Jewish state.

Walter, the second Lord Rothschild, was born on 8 February 1868. As the elder son of Natty, the first Lord Rothschild, he was something of a disappointment to his father as his life was devoted to natural history and not banking. His dutiful, 15 years at New Court ended in 1908, and he was free to develop his collections and his museum, the finest privately owned institution of its kind in the world.

Walter was physically imposing yet desperately shy. He lived all his life in Tring, barring spells at university. He was MP for Aylesbury, a major in the Buckinghamshire Yeomanry, a JP and a Deputy Lieutenant for the county.

His interest in natural history began when he was a child, collecting butterflies, and as a child, Walter knew exactly what he wanted to do when he grew up, announcing at the age of seven, 'Mama, Papa, I am going to make a museum...'. By the time he was ten, Walter had enough natural history objects to start his first museum, in a garden shed.

Before long, Walter's insect and bird collections were so large they had to be stored in rented rooms and sheds around Tring. Then in 1889, his father gave him some land on the outskirts of Tring Park as a 21st birthday present. Two small cottages were built, one to house his books and insect collection, the other for a caretaker. Behind these was a much larger building, which would contain Lord Rothschild's collection of mounted specimens. This was the beginning of his Zoological Museum, which opened to the public in 1892.

Walter employed around 400 collectors during his lifetime and accumulated specimens from more than 48 different countries, many of which were new to Western science. Collectors sent him animal specimens from around the world. Walter mainly stayed in Tring and focused on carefully studying the creatures he received and describing new species. He famously sent explorer Charles Harris to the Galápagos Islands, off Ecuador, to collect giant tortoises Throughout his lifetime Walter kept a total of 144 live giant tortoises from Galapágos and Aldabra (in the Indian Ocean). His aim was in part to protect them from hunting and potential extinction in their native habitat; he even leased the island of Aldabra for 10 years, to stop declining giant tortoise numbers by protecting them from hunting.

Walter accumulated new research material so rapidly that he and his professional zoologist curators, Ernst Hartert and Karl Jordan, began to issue the Museum's own scientific journal, Novitates Zoologicae launched in 1894. Over the course of 45 years, they published more than 1,700 scientific books and papers, and described more than 5,000 new species of animals.

During his lifetime Walter accumulated:

Lionel Walter Rothschild, 3rd Baronet, 2nd Baron, died on 27 August 1937. Walter bequeathed his museum and his collections to the British Museum. Known today as the Natural History Museum at Tring, the museum celebrates Walter's passion for the natural world.

Go to the Natural History Museum at Tring »

Walter lived all his life in Tring, barring spells at university. He was MP for Aylesbury, a major in the Buckinghamshire Yeomanry, a JP and a Deputy Lieutenant for the county.

Lionel Walter Rothschild was the 'Lord Rothschild' to whom Balfour addressed his 1917 proposal regarding the establishment of a Jewish state.

On November 2, 1917, the British Government expressed its sympathy with Jewish Zionist aspirations and announced that it would use its “best endeavours” to facilitate “the establishment in Palestine of a national home for the Jewish people”. The announcement came in a letter from Foreign Secretary Arthur Balfour to Lionel Walter, 2nd Lord Rothschild (1868-1937), the unofficial leader of the British Jewish community. The Balfour agreement became the diplomatic foundation stone of the state of Israel. 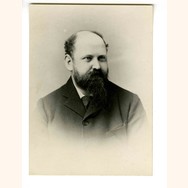