Known throughout his life as Victor, Lord Rothschild attended Harrow and Trinity College Cambridge, where he first worked in the Zoology Department before gaining a PhD in 1935.  During the Second World War Victor worked for the Intelligence Service; in 1939, he was recruited to work for MI5 where he remained for the duration of the War. He was attached to B division,  responsible for counterespionage.

After the War, Victor combined his academic interests with work for industry, re-joining the Zoology Department at Cambridge University. For his work on fertilization, he gained a DSc in 1950.  Throughout his life he was a valued adviser on intelligence and science to both Conservative and Labour Governments.

In the summer of 1996, Clare Hall, a college of the University of Cambridge, purchased Lord Rothschild's former home at 11 Herschel Road.  It was renamed Clare Hall West Court and, after conversion and some major building works, now provides public rooms, studies, apartments, study bedrooms, a fitness centre and a swimming pool. Clare Hall had been founded in 1966 by Clare College as a college for advanced postgraduate study. 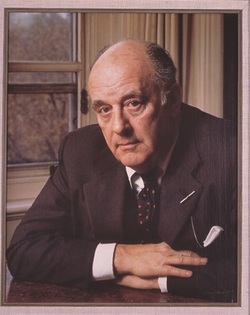