Evelina married Clive Behrens (1871-1935) on 4 October 1899 and moved to Yorkshire, where the couple's three children were raised at Swinton Grange. The gardens were created by Lord Rothschild's gardeners, and were said to contain examples of every known English native species of tree at the time of planting.

The property remained in the family's ownership until 1978. 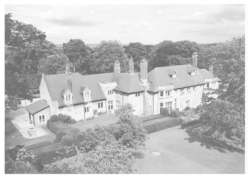