Nathaniel Charles Rothschild was the younger son of Natty and Emma. He was born on 9 May 1877 and educated at Harrow where he displayed a great talent for entomology. Charles as he was known, led the London bank from 1918-1923. He had tremendous energy for his many pursuits and occupations, and while the bank at New Court benefited from his practical and systematic approach to the organisation of the firm, his real interests lay outside the financial sphere.

A dedicated naturalist in his spare time, he met his Hungarian-born wife Rozsika von Wertheimstein (1870-1940) on a butterfly-collecting trip in the Carpathian Mountains. The couple married in Vienna on 6 February 1907, and although the family mainly lived at their estate,  Ashton Wold in Northamptonshire, Charles became particularly attached to Hungary. The family maintained a London house, Arundel House, Palace Green in Kensington.

Rozsika was a Hungarian baroness and descendent of a Jewish family who were one of the wealthiest families in Europe and had made their fortune in the 17th century. She was born in Navyvarad, Hungary (now the Romanian city of Oradea), the daughter of a retired army officer, Baron Alfred Edler von Wertheimstein. Rozsika was one of seven children, was fierecely intelligent, multi-lingual and a champion lawn tennis player in Hungary. Charles and Rozsika had had four children, Miriam Louisa Rothschild (1908–2005), a natural scientist, Elizabeth Charlotte Rothschild (1909–1988), (known as 'Liberty'), Nathaniel Mayer Victor Rothschild (1910–1990), (later to become Victor, 3rd Lord Rothschild) and Kathleen Annie Pannonica Rothschild (1913–1988), (known as 'Nica', later Baroness Nica de Koenigswarter).

Charles rebuilt Ashton Wold where the family settled and he became involved in civic life. The British Red Cross Society also absorbed much of his attention. For the last years of his life, Charles suffered from chronic encephalitis and was driven to suicide on 12 October 1923. After the tragically early death of her husband in 1923, Rozsika brought up her four children alone, and was to endure the pain of the loss of almost her entire continental family during the Second World War. Charles' work lived on in his daughter Miriam, who produced a catalogue of his unsurpassed collection of fleas which was bequeathed to the British Museum and his collection of pressed irises was presented to Kew.

The Society for the Promotion of Nature Reserves

Charles' interest in natural history manifested itself in practical ways. In May 1912, Charles held a meeting to discuss his radical idea about preserving natural wildlife habitats. This meeting led to the formation of the Society for the Promotion of Nature Reserves (SPNR), which would become the Royal Society of Wildlife Trusts, and signalled the beginning of a UK nature conservation movement that continues today.

Under Charles' supervision, the SPNR conducted the first ever national survey of wildlife sites in England, Scotland, Wales and Ireland. Questionnaires to landowners and local natural history societies seeking information about potential nature reserves were sent out from, (and returned to), the Rothschild bank at New Court in the City. The SPNR also despatched its members to carry out surveys on sites to establish their wildlife value. The SPNR worked hard to secure Government protection for sites across the UK they considered ‘worthy of preservation’. The original survey papers, formerly held by The Wildlfe Trusts have been transferred on permanent loan to The Rothschild Archive London. The Survey papers have been digitised by The Wildlife Trusts as The Rothschild Reserves Archive.

To a colleague, Charles was 'the most amiable and straightforward person I ever met'. Miriam remembered that 'he always made other people feel clever'. 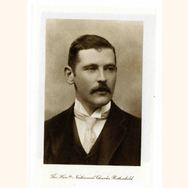