Anthony Gustav de Rothschild ('Tony') was born in London on 26 June 1887, the third and youngest of the three sons of Leopold de Rothschild (1845–1917) and Marie Perugia (1862–1937). He was educated at Harrow School and Trinity College Cambridge where he earned a Double First in history and was a tennis blue. Joining the family firm at New Court, Anthony travelled to China in 1911 and then went to South America in 1913-1914 with his brother Evelyn Achille (1886-1917) on behalf of the New Court Partners. On 30 May 1917, Evelyn and Anthony were both formally admitted into the family Partnership.

At the outbreak of the First World War Anthony and his brother Evelyn joined the British Army. Serving with Royal Bucks Hussars (Buckinghamshire Yeomanry), Anthony was wounded during the Battle of Gallipoli; he was mentioned in despatches and rose to the rank of Major. Tragically his older brother Evelyn Achille was killed in Palestine in 1917. On 5 December 1920, Captain Anthony de Rothschild unveiled the War Memorial in the churchyard of All Saints Church at Wing, Buckinghamshire honouring his brother and his Wing comrades.

Anthony married Yvonne Cahen d'Anvers (1899-1977) of the Bischoffsheim family on 10 June 1926. The couple had three children; Renée Louise Marie, Mrs Peter Robeson (1927-2015), Anne Sonia (1930–1971) and Evelyn (1931-2022).  In town the family lived in elegant style at 42 Hill Street, Berkeley Square and in the country at Ascott, the large country estate Anthony inherited from his father Leopold. At Ascott, Anthony was a judicious collector of Chinese porcelain, and added to his father’s collections with the acquisition of a vast array of books, English furniture and paintings. In 1937, in memory of his mother, who died that year, he donated the Anthony van Dyck painting, Abbé Scaglia adoring the Virgin and Child to the National Gallery. Anthony liked exotic luxury automobiles; in 1934 he purchased a Hispano-Suiza K6 and a J12 model for himself and his wife. Both cars can now be found in private collections.

Anthony also inherited his father’s passion for the turf, which he pursued with vigour from his Southcourt Stud at Ascott and Palace House, Newmarket. Among his racing success, he won the 1919 Grand Prix de Paris with Galloper Light and the 1926 1,000 Guineas Stakes with Pillion. He was later to find success with Midstream whose wins include the Criterion Stakes, and who was the Leading sire in Australia in 1948, 1951, 1952.

The period through which Anthony guided the London house could not have been more arduous; he was a partner for nearly 50 years, from 1917 until 1961. In the 1930s, Anthony took a personal interest in the business of the Royal Mint Refinery. The interwar years, dull times for merchant banks, were largely dominated at New Court by the operation to support the Creditanstalt in which the Viennese House was heavily involved. In 1942, after the early death at 60 of his brother Lionel de Rothschild (1882-1942), Anthony found himself Senior Partner of N M Rothschild & Sons, leading the business almost single-handedly until the late 1950s. In 1953 N M Rothschild & Sons led a syndicate that formed the British Newfoundland Development Corporation to undertake mineral exploration in Labrador, Canada and to develop the Churchill Falls hydro-electric station. Ill-health forced Anthony to pass much of the responsibility for the running of the business at New Court to his nephew, Edmund de Rothschild (1916-2009) in 1958.

In 1933, Anthony and Yvonne de Rothschild were among several prominent Jewish founders of the Central British Fund for German Jewry, the principal British refugee relief agency providing emergency relief to persecuted persons following the Nazi rise to power. Anthony supported these efforts, co-ordinating activity through N M Rothschild & Sons’ offices at New Court. In December 1938 Anthony was appointed chairman of the Emigration (Planning) Committee and remained active with the Central British Fund until ill-health forced him to stand down in 1957. It has been estimated that the Central British Fund rescued 65,000 people from Europe in the 1930s and 1940s, including 10,000 through the Kindertransport.

In 1941 the German Luftwaffe bombed the Royal Hospital Chelsea in Chelsea, London and Anthony brought a group of elderly pensioners to live at Ascott for the remainder of the war. Anthony continued the Rothschild family’s tradition of commitments to a number of Anglo-Jewish institutions; he was an active, life-long President of Norwood (then the Jews' Hospital and Orphan Asylum), and of the Jews' Free School. From 1948 to 1956 he was Chairman of the Governors of St Mary's Hospital, Paddington; The Anthony de Rothschild Lecture Theatre, at St Mary's Campus, Imperial College School of Medicine in London is named in his honour. In 1949 Anthony de Rothschild donated Ascott House to the National Trust. The donation also included the surrounding 261 acres (1.06 km2) of land plus an endowment for its upkeep.

Anthony Gustav de Rothschild died on 5 February 1961, after a period of ill-health. He is remembered as 'not only a charming companion, but a man of high principles and great integrity.'

Yvonne Lydia Louise de Rothschild (née Cahen d'Anvers was born on 26 August 1899, in Champs-sur-Marne, Île- de-France,  France.  She was the daughter  of Colonel Robert Cahen d'Anvers of Paris and Sonia Warschawsky. Her father was a military man, who  served in the First World War.  During the First World War, along with her mother and younger sister, Renee, Yvonne spent time in Norfolk, Devon and Cornwall,  England.  Yvonne and her sister both contributed to the  war effort, working on local farms and helping with the harvest. Yvonne loved riding and hunting and was an accomplished  and elegant horsewoman. She was also very keen on motoring, owning several prestigious cars including a Rolls-Royce, Bugatti and Hispano-Suiza. She was part of the great social scene of Europe and during a dinner party in February 1926 met Anthony de Rothschild. The couple were married in England on 10 June 1926. They spent time at their properties at 42, Hill  Street, Berkeley Square, London, and from 1937, at  Ascott, Buckinghamshire, and Palace house, Newmarket.

Both Anthony and Yvonne had a deep and eminently practical commitment to public service, particularly  for their  fellow Jews. During the 1930s it was Yvonne who had first begun to realise the implications of the European situation in the early 1930s. By the autumn of 1933, she had become president of a society 'to aid German Jewish women children'. In December 1933,  Yvonne wrote to The Times as President of the  Women's  Appeal  Committee for German Jewish  Women and Children. In her letter she appealed to the readers for contributions to facilitate the safe emigration of  530 German Jewish children to England  and Palestine. With her husband, she helped to coordinate activity to assist the Jewish victims of racial and religious persecution. Both Anthony and Yvonne worked tirelessly for this cause both during and after the War. On the home front, Anthony and Yvonne offered  their house at Ascott for use as a hospital; it became a safe a safe haven for Chelsea Pensioners (who had been bombed out of their London residence), and forty cases  of valuable treasures evacuated from London museums and Synagogues.

Yvonne was also an active member of the Buckinghamshire community, elected Rural Councillor in 1946 and Justice of the Peace in 1948. She took her civic duties very seriously and only resigned from them in 1970. Yvonne was closely involved with the building of  workers' houses and cottages in  the village of Wing,  and he was praised for having 'the natural insight of  an architect'. Yvonne was President of both the Women's Institute and Women's British Legion for the region. After her husband’s death, Yvonne continued to live at Ascott, in a cottage on the estate with her mother. She died there on 6 January 1977, aged 77. 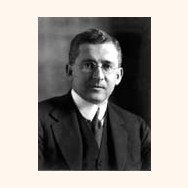