Jeanne Charlotte Louise Marthe de Rothschild was the only daughter of James Edouard and his wife Laura Thérèse. She was born on 17 May 1874 and spent a rather lonely childhood, after the death of her father in 1881, under the watchful eye of her mother. Some of her early life is recorded in her brother Henri's autobiography, Croisière autors de mes souvenirs. The crèche at the Charles-James de Rothschild Hospital, founded by her mother, was named after Jeanne.

Henri married one of Jeanne's friends, Mathilde de Weisweiller, while Jeanne herself married Baron Abram David Leonino on 6 May 1896. She died on 6 December 1929. 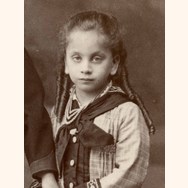