Guy Edouard Alphonse Paul de Rothschild was born 21 May 1909, the second son of Edouard Alphonse James de Rothschild (1868-1949) and Germaine Alice née Halphen (1884-1975). He grew up at his parents' townhouse on the corner of the rue de Rivoli and the Place de la Concorde in Paris (a property once occupied by Talleyrand and now the United States Embassy) and their country estate at Château de Ferrières, 25 miles east of Paris. His brother, Edouard Alphonse Emile Lionel (1906–1911), died at the age of five of appendicitis; he also had two younger sisters, Jacqueline (1911-2012) and Bethsabée (1914-1999). He was educated at Lycées Condorcet et Louis le Grand, Facultés de Droit et des Lettres, France. He undertook military service with the cavalry at Saumur and played golf for France. He won the Grand Prix de Sud-Ouest in 1948.

In 1937, he married a distant cousin, Alix Hermine Jeanette Schey de Koromla (1911–1982), the former wife of Kurt Krahmer and the younger daughter of Baron Philipp Schey von Koromla, by who he had a son, David (b.1942); he also raised his wife's daughters from her prior marriage to Krahmer, Lili and Bettina. He and Alix divorced in 1956. In 1957, he married Marie Hélène Naila Stephanie Josina van Zuylen de Nyevelt. Marie-Hélène's first marriage to Count François de Nicolay, with whom she had one son, Philippe de Nicolay, had been dissolved in 1956. Like his first wife, she was a distant cousin, though a Roman Catholic. They had one son, Edouard de Rothschild, born in 1957.

Guy de Rothschild studied law at university before joining M M de Rothschild Frères in 1931. As part of his apprenticeship, in 1933 he joined the executive board of their Northern Railway Company. At the end of the Second World War, Guy returned to the bank's offices in the rue Laffitte. On his father's death in 1949, Guy took formal control of the business, and also inherited part of Château Lafite-Rothschild but did not run it. In December 1963, Guy de Rothschild featured on the cover of TIME magazine, the accompanying story explaining, he “took over the family's French bank during the disorder of war and defeat, changed its character from stewardship of the family fortune to expansive modern banking."

Georges Pompidou, who would later become President and Prime Minister of France, was recruited by Guy de Rothschild and worked for him from 1953 to 1962, during which time he became the general manager of the Rothschild bank. Following French government reform of banking regulations, M M de Rothschild Frères became Banque Rothschild, a limited-liability company in 1967; Banque Rothschild was created on 1 January 1968, functioning as a deposit bank (with branches across France) with Guy as its first chairman, a position he held until 1978. In 1968 Guy de Rothschild became a partner at N M Rothschild & Sons, London, while his cousin Sir Evelyn de Rothschild (1931-2022) was appointed a director of Banque Rothschild, Paris. At Easter 1970, a new modern bank building was inaugurated at 21 rue Laffitte, Paris, on the site of the buildings once occupied by Guy’s great-grandfather, James de Rothschild (1792-1868).

Between 1981-1982, Banque Rothschild, was one of 39 to be nationalised by the socialist government of François Mitterrand, and the Rothschilds were obliged to leave the rue Laffitte. A discouraged Guy de Rothschild left France and moved temporarily to New York City. " Juif sous Pétain, paria sous Mitterrand, cela suffit! [A Jew under Pétain, a pariah under Mitterrand, that's enough!] he was later to write in his memoirs, published as Contre bonne fortune (Pierre Belfond, Paris, 1983) and The Whims of Fortune (Granada Publishing Ltd, London, 1985). Following another change in government policy, in 1987 a new banking business was established by his son David and nephew Eric de Rothschild (b.1940), Rothschild & Cie Banque.

In France, the Rothschild family had  developed the country's largest private uranium mining company, the Compagnie Française des Minerais d'Uranium. In 1961, Guy de Rothschild took over as Chairman of Imetal S.A. in which the family had a substantial stake; among its holdings, the conglomerate owned Société Le Nickel (SLN) in New Caledonia. In 1969, SLN acquired Peñarroya, a Chilean based company which mined and processed lead, zinc and copper. Two years later SLN took over La Compagnie de Mokta, which specialized in iron, manganese, sand, gravel and uranium. Rothschild restructured the family's various mining interests, including Peñarroya which became part of SLN. In the early 1970s the government of France began nationalising a number of industries and after declaring nickel to be a vital market commodity, SLN's assets were nationalized in 1974 and placed under a new company, Société Metallurgique. The result left the Rothschild's SLN as a holding company with a fifty percent interest in Société Metallurgique.

In 1940, as a result of the German occupation of France, Guy's parents and sister Bethsabée fled France and made their way to safety in New York City. Guy enlisted in the French Army and was a company commander in the 3rd Light Mechanised Division during the Battle of France in early 1940. After fighting the Nazis at Carvin, he was part of the French Army that was forced to retreat to Dunkirk. He was awarded the Croix de Guerre for his actions on the beaches at Dunkirk, from where he was evacuated to England. He immediately returned to France, landing at Brest, and taking charge of the family's office at La Bourboule, near Clermont-Ferrand. Under the Vichy government, his father and uncles were stripped of their French nationality, removed from the register of the Légion d'honneur, and the family was forced to sell its possessions; however Guy managed to persuade the buyers to grant options under which he would later be able to buy the family's interests back. He left France again, via Spain and Portugal, to join his parents in New York City. He joined the Free French Forces and boarded the cargo ship, Pacific Grove, to travel back to Europe. His ship was torpedoed and sunk in March 1943, and he was rescued after spending 12 hours in the waters of the Atlantic Ocean. In England, he joined the staff of General Koenig at Supreme Headquarters Allied Expeditionary Force near Portsmouth.

In 1950, Guy de Rothschild became the first president of the Fonds Social Juif Unifié (FSJU) (United Jewish Welfare Fund), a federation of about 200 Jewish social, educational, and cultural associations. He headed the FSJU until 1982 at which time his son, David, assumed its leadership. The FSJU played a large part in restructuring the French Jewish community following the Second World War. After marrying Marie-Hélène van Zuylen de Nyevelt de Haar, a Roman Catholic, in 1957 Guy felt compelled to resign the Presidency of the Jewish Consistory, the organization created in 1905 to represent French Jewry.

Guy de Rothschild was a renowned breeder of thoroughbreds at the family’s stables, Haras de Meautry in Normandy. He inherited Château de Reux in the horse breeding area in Lower Normandy about 125 miles north of Paris. He produced prominent racehorses, the most famous perhaps was Exbury. Guy de Rothschild chaired the association of racehorse breeders in France from 1975 to 1982. The French Rothschild family had long been collectors of art since Guy’s great-grandfather  James made the first significant acquisitions. Notable in his collection, Guy inherited Jan Vermeer's The Astronomer; in 1940 it had been confiscated by the Nazis from his father and sent it to Germany. In 1945 the painting was returned to the Rothschild family and acquired by the Louvre in 1983. In 1975, Guy and Marie-Hélène donated the Château de Ferrières to the University of Paris.

Marie-Hélène Naila Stephanie Josina de Rothschild (1927-1996) was a French socialite who became a doyenne of Parisian high-society. Born in New York, she was the eldest of the three children of Marguerite Marie Namétalla (1901–1970) and Baron Egmont Van Zuylen van Nyevelt (1890–1960). Her mother was born in Egypt of Syrian-immigrant parents, and her father was a diplomat and businessman of Jewish and Dutch descent. Marie-Hélène's paternal grandmother was Hélène, Baroness Etienne van Zuylen de Nyevelt, (née de Rothschild) (1863–1947), the daughter of Salomon James de Rothschild (1835-1864), and the first woman to take part in an international motor race. She was educated at Marymount College in Tarrytown, New York and after finishing school she went to Paris.

Marie-Hélène was married twice; in 1950 to the French Count François de Nicolay (1919–1963) a horsebreeder whom she had met in Paris after school. They had one son, Philippe de Nicolay (b. 1955). They divorced in 1956. In 1957, she married her third cousin once-removed Baron Guy de Rothschild, (1909–2007). They married in New York and the marriage was notable for being the first time a head of one of the Rothschild families had married a non-Jewish spouse; as a result of marrying a Roman Catholic Guy felt compelled to resign the Presidency of the Jewish Consistory, the organisation created in 1905 to represent French Jewry. Marie-Hélène and Guy's son Edouard was raised in the Jewish faith.

Marie-Hélène and the Château de Ferrières and the Hôtel Lambert

Guy de Rothschild and his sisters, Jacqueline, Mrs Gregor Piatigorsky (1911-2013) and Bethsabée (1914-1999), had been raised at the Château de Ferrières outside Paris. Seized by the Germans during the occupation of France in the Second World War, the château remained empty until 1959 when the newlywed Rothschilds decided to reopen it. Marie-Hélène took charge of refurbishing the huge château, making it a place where European nobility mixed with musicians, artists, fashion designers and Hollywood movie stars at grand soirées. She hosted regular parties at the Château, mainly inviting aristocracy, but which also included her friends from the arts such as Salvador Dali, Grace Kelly, and Audrey Hepburn (with whom she was a close friend). The lavish and creative themed balls and charity fundraisers she organised both in Paris and New York, gained much publicity, most notably the famous ‘Diner de Têtes Surrealiste’ (The Surrealist Ball), held at Ferrières in December 1972. In 1975, Château de Ferrières was gifted to the chancellery of the universities of Paris by Guy and Marie-Hélène de Rothschild but they retained the home they had built in the woods surrounding the château.

In 1975, the Rothschilds purchased Hôtel Lambert on the Île Saint-Louis, one of the most luxurious mansions in Paris, where they took up residence in the top floors, Marie-Hélène again overseeing restoration. She became friends with the socialite Baron Alexis de Redé who was a tenant on the first floor in Hôtel Lambert and who would later become a fixture at her gatherings. In recognition of her importance in promoting French culture and fashion on an international level, Marie-Hélène de Rothschild was awarded the Légion d'honneur.

After battling cancer and crippling rheumatoid arthritis for more than ten years, Marie-Hélène de Rothschild died in 1996 at her Ferrières country home, aged 68. A Catholic funeral mass was held at the Saint-Louis-en-l'Île church in Paris. Funeral guests were Valéry Giscard d’Estaing, Claude Pompidou, Bernadette Chirac, Gianni Agnelli, Alain Delon and Yves Saint Laurent. She was buried in Touques, Calvados where for more than a century her husband's branch of the French Rothschild family has owned the stable, Haras de Meautry. 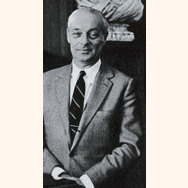