She was born in Paris and was raised at the Château de Ferrières with her brother Guy and sister Bethsabée.  Aged 19 she married publisher Robert Calmann-Levy (1899-1982), but this ended after five years in 1935, and two years later she married the renowned cellist Gregor Piatigorsky (1903-1976). Their daughter Jephta was born in France in 1937.  Together they fled to America in the wake of the Nazi invasion, eventually settling in Los Angeles in 1949.  Their son Joram was born in 1940.

Jacqueline’s passion for chess led to her accomplishments as a chessplayer including a bronze medal in the first Women's Olympiad in 1957, in which she represented the United States.  She played in several U.S. Women's Championships, finishing a half-point out of first in 1965.  In 1955, she became the organizer of what became known as the Steiner Club.  She is perhaps best remembered for the Piatigorsky Cup tournaments held in Los Angeles in 1963 and 1966.  Participants included world champions Petrosian, Spassky, and Fischer.  She oversaw all the details of these events, even personally designing the Cup.  These two tournaments did much to enhance the stature of chess in the U.S. and generated still-popular tournament books.

Her philanthropic efforts included chess programs for underprivileged and disabled students in Los Angeles schools, and paying expenses to national competitions for local teams, and sponsoring the U.S. Junior Invitational for several years in the late 1960s and early 70s.

Retiring as a player in the late 70s, Jacqueline increasingly focused on tennis (winning several national championships) and sculpting; along with her rewarding ruminations on aging, Growing as We Age.  In 1988 she also published an autobiography, Jump in the Waves: A Memoir. 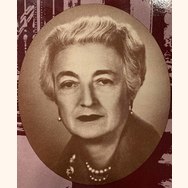