Bethsabée Louise Emilie Beatrix de Rothschild (later Batsheva) was a great-granddaughter of James Mayer Rothschild (1792–1868) and the fourth and youngest child of Baron Édouard Alphonse de Rothschild (1868–1949) and his wife, Germaine Alice Halphen (1884–1975). Born in Paris on 23 September 1914, Bethsabée was said to have distanced herself from the lifestyle of her wealthy family, with the exception of her sister Jacqueline, and her brother Guy with whom Bethsabée appeared to have been close. She was said to have been a modest and generous woman. Bethsabée de Rothschild assumed the name Batsheva after she emigrated to Israel in the early 1960s.

Her father ran the French bank with his cousin Baron Robert Philippe de Rothschild (1880–1946). Bethsabée grew up at Château de Ferrières outside of Paris, and at the Talleyrand palace, in Paris itself. She was educated at the Sorbonne in Paris and received her bachelor's degree in biology. Following the invasion of France in 1940, she spent a war-time exile in New York with her parents where she attended courses at Columbia University, having studied biology at the Sorbonne. During the War, she enlisted in the Free French forces in London. At war's end, she returned to New York and enrolled at the Martha Graham dance school.

In 1948, Bethsabée married Donald Bloomingdale (1913–1954), the son of Irving Bloomingdale and the grandson of Lyman G. Bloomingdale, co-founder of the Bloomingdales department store. At the time of their wedding, Bloomingdale was the attache of the Paris Embassy to the United States under Jefferson Caffery. The marriage was short-lived, and the couple separated in 1953.

After her divorce from Donald Bloomingdale, Bethsabée became more and more involved with the world of dance, notably as a follower and patron of Martha Graham. In 1951, she travelled to Israel for the first time. Her sojourns in Israel became longer until finally she settled permanently in Tel Aviv in 1962. In Israel, she made significant contributions to dance through the establishment of the Batsheva Dance Company that became one of the most influential cultural role models in Israel.

In the mid-1960s, she met the South African-born classical dancer, Jeannette Ordman, who had come to Israel in 1965 from London, England; the two women were professional partners until Batsheva's death. With Rothschild's financial backing, they formed a dance school and in 1964, the Bat-Dor Dance Company, with Ordman as the company's artistic director. Batsheva created the Centre for Dance Medicine in 1985.

In addition to her cultural activities, Batsheva de Rothschild created two foundations in Israel to advance crafts, arts and learning and science and technology technology, in connection with which she was awarded the Israel Prize in 1989, for special contribution to society and to the State of Israel. In the USA she created a foundation for Art and Sciences in her name.

Through a trust, she had inherited part of a major art collection assembled by her grandfather Baron Alphonse James de Rothschild. This included a 17th-century oil painting by Rembrandt and other Old Master paintings as well as Islamic and Venetian glass, decorative objects and porcelain, and Renaissance-style jewelry. Following her death, the collections were auctioned off. Rembrandt's Portrait of a Lady was sold by Christie's in London to the Dutch art dealer Robert Noortman for a record price of US$28.7 million. A 13th-century Mamluk jug in pristine condition sold for £3,307,750, a world record for Islamic glass, and two mosque lamps for £1,763,750 and £641,750.

Batsheva de Rothschild never remarried, and died at her home in Tel Aviv in 1999 after a lengthy illness; she is bureid in Israel. 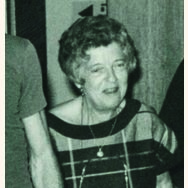