Diane Cécile Alice Juliette de Rothschild, the eldest child of Robert de Rothschild and his wife Nelly, was born in Paris on 12 December 1907. She became an ambassadress in her own country, having married the Polish ambassador Anatole Muhlstein on 4 May 1932. The couple divorced after the war and in 1952, she married Joseph Benvenuti, the pianist.

Diane died in Paris on 17 November 1996. Her eldest daughter, Cécile, became a painter; the second, Anka, produced biographies of Proust, Queen Victoria and James de Rothschild; the third, Nathalie, became one of the youngest doctors in Paris. 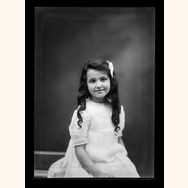