Elie Robert de Rothschild was born on 29 May 1917, the younger son of Baron Robert de Rothschild. Robert was one of the partners of the family bank, de Rothschild Frères. Elie and his siblings Diane, Alain and Cécile were brought up at Château de Laversine, near Chantilly, and in Paris at 23 avenue de Marigny, a mansion built by their grandfather Gustave de Rothschild in 1885.

With the outbreak of the Second World War, Alain and Elie rode off to the front with their cavalry regiment, the Anciens 11èmes Cuirassiers. After German forces invaded France in May 1940 the brothers were captured near the Belgian frontier. Elie was sent to a German PoW camp near Nienburg from which, after an unsuccessful escape attempt, he was sent to Colditz. Subsequently he was moved again, to a camp at Lübeck, where he was reunited with Alain. During his internment, Elie wrote to his childhood sweetheart, Liliane Fould-Springer, proposing that they be married by proxy; she accepted. The groom took his vows at Colditz in October 1941; the bride took hers in the town hall at Cannes, in Vichy France, in April 1942 - sitting beside an empty chair with a photograph of Elie in front of her. Elie and Liliane went on to have a son and wo daughters, Nathaniel, Nelly and Elisabeth.

After the war Elie helped his cousin Guy and brother Alain to put de Rothschild Frères back on its feet, and to expand their Compagnie du Nord.  In 1967, the old rue Laffitte building was pulled down to make way for a modern concrete and glass structure. Eventually the bank was nationalised by President François Mitterrand. In 1956 Elie had also become president of the family company PLM, an enterprise to build and promote hotels, motels and restaurants. PLM built up a chain in France and Switzerland, and its first hotel in Paris, the 812-room Hotel Saint-Jacques, was opened in 1972. Liliane supervised the interior decoration of PLM's properties.

In addition to his business activities in Paris, in 1946 Elie had assumed charge of running the vineyard at Château Lafite-Rothschild, which he owned jointly with Alain, Guy and their Anglophile cousin Jimmy de Rothschild (of Waddesdon Manor, near Aylesbury). His cousin, Baron Philippe, was making great strides at another family vineyard, Mouton-Rothschild. Philippe was keen that his wine should be included in the premier cru classification, and had launched the Association des premiers crus for all five vineyards. Having initially gone along with Philippe, Elie then decided to oppose the idea of Mouton-Rothschild's inclusion in a new premier cru classification; for a time the cousins were barely on speaking terms. Philippe persisted, and in the end won; Mouton-Rothschild finally attained the valuable premier cru status in 1973.

In the immediate postwar years, in Paris, Elie and Alain and their wives shared 23 avenue de Marigny. During the war the house had been occupied as Luftwaffe headquarters and had been frequented by Hermann Goering; it was then taken over by their English cousin Victor, Lt-Col Lord Rothschild, who had become a wartime specialist in counter-sabotage (bomb disposal). In the 1950s Elie and Liliane and their children moved into a house of their own, 11 rue Masseran. An 18th-century mansion built by Brongniart for Prince Masserano in 1785, their new house was almost as big as 23 avenue de Marigny, and more attractive. It provided a fine setting for their magnificent 18th-century French furniture, objets d'art, Old Masters and modern paintings.

In 1974 Elie handed over the reins at Château Lafite-Rothschild to his nephew Eric, Alain's son. Elie de Rothschild remained active until his death at his hunting lodge in the Austrian Alps, aged 90.

Liliane, Baroness Elie de Rothschild (née Fould-Springer) (1916-2003) was born on 11 May 1916, the youngest of the four children of Baron Eugène Fould-Springer, descendant of Napoleon III's Finance Minister Achille Fould and a member of the European banking house Fould Oppenheim. Her mother Mitzi was only daughter and heiress of Baron Gustav Springer, the Austro-Hungarian industrial magnate.

Liliane married Baron Elie de Rothschild (1917-2007) in 1942. Liliane had a good eye for pictures and a flair for design. When, in 1967, the old premises of the family bank in Paris, de Rothschild Frères, at 19 rue Laffitte, were demolished to make way for a modern building, it was she, in collaboration with Michel Boyer, who supervised the interior decoration.

She was also a guiding light in the decoration of the hotels and restaurants established by the French Rothschilds' enterprise PLM (an acronym deriving from two Rothschild railway companies which were merged in 1857, the Paris-Lyons and the Lyons-Méditerranée), of which Baron Elie was president. An example was the 812-room Hôtel Saint-Jacques, which opened in Paris in 1972.

When, in the late 1950s, she and her husband moved into 11 rue Masseran, a Paris hotel built for Prince Masserano by Brongniart in 1785, Liliane de Rothschild decorated its interiors with a most effective mixture of Rothschild portraits and objets d'art, French furniture by the greatest 18th-century cabinetmakers, Old Master paintings and the 20th-century works of art that she and Baron Elie collected. 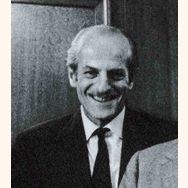