Edmond Adolphe Maurice Jules Jacques de Rothschild was born into the branch of the French Rothschild family who made their homes in Paris and in Switzerland.

Adolphe Carl von Rothschild (1823-1900) of the Naples banking house bought the Pregny estate near Lake Geneva in 1857, and when he died in 1900, the property passed to his French cousin Maurice de Rothschild (1881-1957). It was Maurice's son, Edmond who was to create a financial business in Paris, Geneva and Luxembourg.

Edmond's other business interests included wine; in 1972 he bought Château Clarke vineyard. At the same time he acquired the neighbouring Château Malmaison. In 1977 he added Château Peyre-Lebade, another nearby estate which had fallen into neglect. A programme of renovation and modernisation on all three estates, comprising some 190 hectares of land, rapidly followed.

After the second World War, mass tourism became a rapidly growing industry, attracting the attention of the Rothschilds. Edmond de Rothschild became involved in the 1960s by backing a "small firm that was developing an interesting new approach to vacations". Edmond took a 35% stake in this 'small firm', called Club Mediterranee, which boomed over the next decade to become the most successful up-market family holiday organisation in the world. In addition, he was involved in Pan-American's Intercontinental hotels, bungalow villages in Majorca, developing a luxury resort near Caesarea in Israel which included Israel's first golf links, opened in 1967 and financed by James de Rothschild (1878-1957). Edmond was also been involved in developments in Guadeloupe and Martinique, and chalets, ski-lifts and a hotel in the resort of Megeve, developed single-handedly by his mother, Noémie (1888-1968) to become France's most chic winter resort.

He was a strong supporter of Israel and Jewish charities. Edmond married Nadine Lhopitalier in 1963 and their only child, Benjamin (1963-2021), was born in the same year. The family's principal residence was Château Pregny.

Nadine de Rothschild (née Lhopitalier) (b.1932) is a French author and former actress. Nadine Lhopitalier was born in Saint-Quentin, Aisne, France. She became the model of the painter Jean-Gabriel Domergue, a socialite who opened the door for her to the worlds of theater and film. In 1952, she began her acting career under the pseudonym of Nadine Tallier and played various roles from 1952 to 1964. In 1962, two years before ending her career in film, she married Edmond Adolphe de Rothschild; at the time, Edmund was chairman and principal owner of the Edmond de Rothschild Group, headquartered in Geneva, Switzerland. Although she was raised Roman Catholic, she converted to Judaism stating: "It would not have been possible to have the name Rothschild and be a Catholic... Nor would it be right for the son of a Rothschild to be half-Jewish and half-Catholic."  Nadine wrote about manners and etiquette - Le Bonheur de Séduire l'Art de Réussir and wrote newspapers articles and reviews on the topic. She also published her  autobiography La baronne rentre à cinq heures. 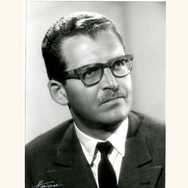