Bettina von Rothschild was born on October 31 1924, the elder daughter of Baron Alphonse von Rothschild and his English wife Clarice, née Sebag-Montefiore. With her sister Gwendoline she grew up mostly in Vienna, in the grand house built by a Rothschild great-uncle on Theresianumgasse, and also at country estates at Schillersdorf, and the estate in Silesia.

Bettina’s father Alphonse was a great-grandson of Salomon von Rothschild (1774-1855), who had founded the family bank in Vienna, SM von Rothschild, in 1820. Salomon’ son Anselm had amassed a collection of some 600 works of art and paintings, which on his death passed to his three sons. Ferdinand moved to England, while his brothers, Nathaniel and Albert, remained in Austria. Albert in due course succeeded his father as head of SM von Rothschild, and created a beautiful house at 24-26 Heugasse, whilst Nathaniel filled the house on Theresianumgasse with valuable objects. Both Ferdinand and Nathaniel died childless, and many of their treasures passed to Albert, and from him, on his death in 1911, to his sons Alphonse, Louis and Eugène. Alphonse took over the house on Theresianumgasse and also inherited Gaming and Langau, large tracts of wooded land in Lower Austria.

At the time of the Anschluss in March 1938, Bettina’s parents were in London. Bettina was to recall beginning a journey to Switzerland in the company of her nanny, but being taken from the train by police at Innsbruck, held in cell and then released. Later it became clear that her release was the result of the arrest by the Gestapo of her uncle Louis, who had been trapped in Vienna and was held in custody, pending payment of an enormous ransom for more than a year. In the meantime the Germans dispossessed the Rothschilds of all their property and collections. In 1940, Bettina and her sister Gwendoline, Alphonse and Clarice left Europe for an apartment on Park Avenue, New York, where they were later joined by other members of the Viennese and French Rothschild family. Bettina married the diplomat Matthew Looram in 1942. After the war, he joined the US Foreign Service, with postings that took him and Bettina to Rome, Paris, Asmara (Eritrea) and Washington, where they had a house in Georgetown. In 1969 Bettina Looram found herself wife to the US ambassador in Dahomey (now Benin), and in 1972 filled the same role in Somalia.

Together with her mother Clarice, Bettina undertook a long campaign to reclaim the family estate and treasures taken during the war. The restitution campaign had begun in 1947, when Bettina accompanied her mother and uncle Louis to Vienna, to see what could be salvaged of their former property. However it was not until 1998 that through Bettina’s persistence, 250 items (taken by the Nazis from the Austrian Rothschild houses and later deposited in Austrian national museums) were returned to her. Keeping back only a few mementoes, Bettina and her fellow beneficiaries (her two children and her late sister’s two children) sold the remainder at Christie’s in London.

Bettina’s mother Clarice,  had kept Alphonse’s estate at Langau, returning there in 1952. In the 1970s Bettina and Matthew Looram retired there to live in a house that they built for themselves. Matthew Looram died at Langau in 2004. Bettina Looram died in November 2012. 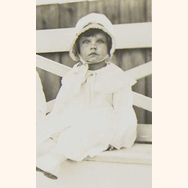