Career a as a natural historian

Miriam was a zoologist, entomologist and parasitologist who was a world authority on fleas, butterflies, pyrazines and chemical communication. Lacking a formal education, she was inspired by the work of her father and uncle. Miriam studied zoology at Chelsea Polytechnic, now part of King’s College, London. Her early work was as a marine biologist, specifically looking at larval trematodes. Following bomb damage to her research material while living in Plymouth during the Second World War and a later move inland, Miriam turned her attention to fleas. She investigated the jumping mechanism of the plague carrying flea Xenospylla cheopis, a species first described by her father, Charles Rothschild, in 1903. Later, in connection with her research on the rabbit flea as a vector of myxomatosis she discovered that its breeding cycle was controlled by that of its host. Miriam co-authored a collection of volumes detailing the taxonomy and morphology of her father’s collection of fleas. Miriam was also interested in the ways in which insects consume and store toxins from food plants, specifically in the context of butterflies and this research led to allied examinations of warning coloration and mimicry.

In addition to her academic work, Miriam championed nature conservation and was actively involved in a broad range of civic, social and political causes, including providing scientific evidence to the Wolfenden Committee whose report assisted in decriminalising homosexuality. She was active in the field of mental health, establishing the Schizophrenia Research Fund. Miriam’s garden at Ashton Wold in Northamptonshire was described as ‘an outstanding example of wildflower and grassland gardening’. Her expertise in nature conservancy led to her advising HRH Prince Charles, the Prince of Wales when he was creating an experimental wildflower meadow at his Highgrove Estate. She was editor of Novitates Zoologicae between 1938 and 1941; a journal of zoology established by her uncle, Walter, 2nd Lord Rothschild, in 1894 which was published by the Tring Natural History Museum.  She was with the Foreign Office between 1940 and 1942. During the Second World War, she joined a group of distinguished scientists, linguists and other personnel at the British Government Code and Cypher School at Bletchley Park, where she worked as a translator. She received a Defence Medal in 1945 from the British Government for her work.  She aided refugee Jewish scientists during and after the war and she also worked with several organisations dedicated to helping Jewish children escape from Germany and Austria, often housing some of these refugees in her own home at Ashton Wold, Oundle, Northamptonshire, which was used by the Red Cross as a convalescent hospital for military personnel.

Dame Miriam was Sue Lawley's guest on Desert Island Discs, on 23 April 1989. Listen to the broadcast on the BBC website here. 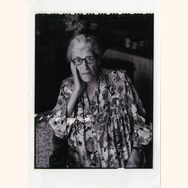