Nathaniel Mayer (Victor) Rothschild, 3rd Lord Rothschild (1910-1990), was a biologist, a cricketer, a wartime officer for the UK Security Service (MI5), a senior executive with Royal Dutch Shell and N M Rothschild & Sons, and an advisor to the UK governments.

Known throughout his life as Victor, he was the third child and only son of Charles and Rozsika Rothschild. The family home was Tring Park Mansion. He had three sisters, Miriam (1908–2005) who became a distinguished entomologist, Nica (1913–1988), who became a patron of highly influential jazz musicians, and Elizabeth, known as Liberty (1909–1988).

He attended Harrow and Trinity College Cambridge, where he worked in the Zoology Department before gaining a PhD in 1935. At Trinity College, Cambridge, he read Physiology, French and English. While at Cambridge Victor was said to have a playboy lifestyle, enjoying water-skiing in Monaco, driving fast cars, collecting art and rare books and playing cricket for the University and Northamptonshire.

During the Second World War Victor worked for the Intelligence Service. In early 1939, he travelled to the United States where he visited the White House to discuss the issue of accepting Jewish refugees from Nazi Germany. In 1939, he was recruited to work for MI5 where he remained for the duration of the War. He was attached to B division, under deputy director Guy Liddell, responsible for counterespionage. In 1940 he produced a series of secret reports on German Espionage Under cover of Commerce and later founded section 'B1c' at Wormwood Scrubs, the wartime home of MI5. This was an 'explosives and sabotage section', and worked on identifying where Britain's war effort was vulnerable to sabotage and counter German sabotage attempts. This included personally dismantling examples of German booby traps and disguised explosives. For this, he was awarded won the George Medal in 1944 for dangerous work in hazardous circumstances. This involved dismantling a pair of German time bombs concealed in boxes of Spanish onions in Northampton. By late 1944, Victor was attached to the 105 Special Counter Intelligence Unit of the SHAEF, a joint operation of MI5 and X2, the counterespionage branch of OSS, a precursor of the CIA, operating in Paris.

After the War, Victor combined his academic interests with work for industry, joining the zoology department at Cambridge University. For his work on fertilization, he gained a DSc in 1950. He served as Chairman of the Agricultural Research Council from 1948 to 1958 and in 1961 he began work for Shell Research Ltd., serving as its Chairman from 1963 until his retirement in 1970. Victor was the first Director General of the Central Policy Review Staff from 1971 to 1974 (known popularly as 'The Think Tank'), a unit which researched policy specifically for the Government. In 1976 Victor chaired the Royal Commission on Gambling. In 1982 he published An Enquiry into the Social Science Research Council at the behest of Sir Keith Joseph, and he continued to work in security as an adviser to Margaret Thatcher. Throughout his life he was a valued adviser on intelligence and science to both Conservative and Labour Governments.

Lord Rothschild briefly served as Chairman of the family banking business N M Rothschild & Sons Limited in 1976. Later that year, he was succeeded as Chairman by his distant cousin Evelyn de Rothschild (1931-2022); Victor remained a partner in the business until his death. In the early 1980s, conflicting internal family politics led to the departure of Victor’s son Jacob from the family business; Jacob subsequently established his own highly successful business ventures. In 1981, Victor established Biotechnology Investments Limited which became one Europe's leading specialist biotech investment companies.

Lord Rothschild's later years were marked by unsubstantiated suspicion. When Anthony Blunt was unmasked as a member of the Cambridge Spy ring in 1964, Victor was questioned by Special Branch; he was aware of suspicions that there was a ‘mole’ in MI5 but he felt himself to be above suspicion. These rumours again surfaced in the mid-1980s, and in 1986, Victor took the step of publishing a letter in The Daily Telegraph on 3 December 1986 to state that the "Director General of MI5 should state publicly that he has unequivocal, repeat, unequivocal, evidence, that I am not, and never have been a Soviet agent". In a written statement, to the House of Commons, Prime Minister Margaret Thatcher confirmed that there was no evidence that he was ever a Soviet agent.

In later years golf took over from cricket as an active pursuit, but a love of jazz and the piano remained with him. In addition to his many scientific papers, reports and studies, Victor published an autobiography, Random Variables in 1984, and Meditations of a Broomstick, a collection of autobiographical notes and materials.  Numerous honorary degrees and awards were conferred upon him in his lifetime, and together with his sister Miriam, they share the distinction of being the only brother and sister to have both been made Fellows of the Royal Society.

Victor left instructions that his remains were to be buried next to those of Nathan Mayer Rothschild, the founder of the English branch of the family, in a Jewish cemetery, the Brady Street Cemetery, in the East End of London, which had last been used for an interment in 1858. To re-open its gates, where his great-grandfather had been buried in 1836, involved him in several years of negotiation with authorities as various as the Privy Council, which made the necessary Order on 8 February 1984; the Beth Din, and Tower Hamlets Borough Council. Victor died on 20 March 1990, and his wishes were duly carried out.

Victor, 3rd Lord Rothschild was Roy Plomley's guest on Desert Island Discs, on 7 July 1984. Listen to the broadcast on the BBC website here.

Teresa, Lady Rothschild (née Mayor) (1915-1996) known as 'Tess', was a British counter-intelligence officer and magistrate. She was the second wife of Victor, 3rd Lord Rothschild. She was born Teresa Georgina Mayor in London, the daughter of Robert John Grote Mayor (1869–1947), a civil servant working for the Board of Education, and his wife, (Katherine) Beatrice Mayor, née Meinertzhagen (1885–1971), a poet and playwright. Her paternal grandfather was Joseph Bickersteth Mayor, brother of John E. B. Mayor and nephew of Henry Bickersteth, 1st Baron Langdale and Rev. Edward Bickersteth. Her father was the brother of English novelist F. M. Mayor and a great-nephew of the historian George Grote, philosopher John Grote, and colonial administrator Arthur Grote. Her maternal grandmother, Katherine Beatrice Meinertzhagen, was the sister of soldier Richard Meinertzhagen and the niece of author Beatrice Webb. Brought up in progressive circles, Lady Rothschild was educated at Bedales School from 1929 to 1934, and was head girl, followed in 1935 by Newnham College, Cambridge, where she was "the most celebrated actress of her day".

Tess Rothschild was as much a Cambridge figure as her husband Victor. After Cambridge, she worked for the publisher Jonathan Cape. During the Second World War, she was recruited by MI5 to work as assistant to Victor Rothschild, working in anti-sabotage operations; she was appointed an MBE for throwing a bomb off a bridge. Victor's first marriage had ended, and in they married in 1946. They lived at Merton Hall, and then they built a house on Herschel Road where their children grew up.

She became a magistrate, and was Chairman of the Bench, and was a lecturer at the Cambridge Institute of Criminology, and she sat on various Home Office boards investigating the subject of penal reform. She was a trustee of Cambridge's Arts Theatre. 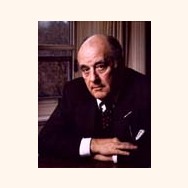