Rosemary grew up on the Exbury Estate in Hampshire purchased by her father Lionel de Rothschild (1882-1942), senior partner in the firm N M Rothschild & Sons. Rosemary was privately educated in Surrey and Paris. Rosemary married the Hon. Denis Gomer Berry in 1934, and they had two children, Barbara and Susan. Rosemary married John Anthony (Tony) Seys in 1942, and together they had a son, David, in 1947. In 1949, Rosemary, and Tony purchased a farm in the White Highlands of Kenya, where, with the help of European and African staff, they successfully developed their estate ‘Rhodora’ where the main crop was coffee, together with a prize-winning herd of Guernsey cattle. Every corner of the farm was put to productive use; water sources were found, roads were driven through difficult terrain. In 1963, Rosemary and Tony returned to England, again to farm and to grow ornamental trees for parks. Rosemary and Tony remained active in their retirement. Rosemary's interests centred round the Shetland Sheepdog Club and the Kennel Club, of which she was an honorary life member; she also spent many years working as a Voluntary Associate attached to the Probation Service. Tony died in 1989. 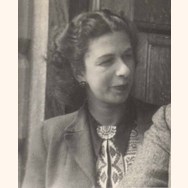