Sir Evelyn Robert Adrian de Rothschild was born on 29 August 1931.  He was the only son of Anthony Gustav de Rothschild (1887-1961) and Yvonne Lydia Louise née Cahen d'Anvers.  He was named after his uncle Evelyn Achille de Rothschild who was killed in action during the First World War.  Like many of his cousins, Sir Evelyn spent some of his childhood in America during the Second World War.  Upon his return he was educated at Harrow School, London and at Trinity College, Cambridge University.

After his national service, aged 26, he joined N M Rothschild & Sons to be trained in the family's business, following in the steps of his father. In 1976 Sir Evelyn took over as Chairman of N M Rothschild & Sons Limited and in 1982 became Chairman of Rothschilds Continuation Holdings AG, the co-ordinating company for the merchant banking group.  He served until 2003 when he oversaw the merger of the family's French and UK houses, whereby his French cousin, Baron David de Rothschild took the Chairmanship.

An owner of thoroughbred racehorses, he was a former chairman of United Racecourses (1977-1994).  He was awarded the honorary degree of Bachelor of Science (B.Sc.) and Bachelor of Economics (B.Econ.) by Hull University College, in 1994 and the honorary degree of Doctor of Science (D.Sc.) by London University, in 1999.  He was Governor of Harrow School in 1976. In 1967 Sir Evelyn created the ERANDA Foundation (now the Eranda Rothschild Foundation) to support social welfare, promote the arts and to encourage research into medicine and education.

Sir Evelyn de Rothschild was a Governor of the London School of Economics and Political Science as well as an active patron of the arts and supporter of a number of charities.  He served as Chairman of the Delegacy of St Mary's Hospital Medical School from 1977 to 1988.  He was Member of the Council of the Royal Academy of Dramatic Art, a trustee of the Shakespeare Globe Trust, and in 1998 was appointed Chairman of The Princess Royal Trust for Carers. Sir Evelyn was the founding Chairman in 1990 of The European Association for Banking and Financial History, a position he held until retiring in 2004.

He was invested as a Knight in 1989. Sir Evelyn's family home is Ascott House, a country estate in Buckinghamshire, given to The National Trust in 1950. Sir Evelyn de Rothschild died aged 91 on 7 November 2022. 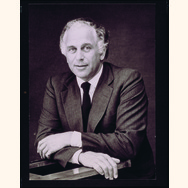