James Nathaniel Charles Léopold de Rothschild was the elder son of Henri de Rothschild. He was born on 19 March 1896.

In the first world war he served in the French air force as a combat pilot. During the second world war, he was attached to the RAF in France as a liaison officer. After Dunkirk, he went to La Bourboule to help maintain Rothschild banking interests there. He was a director of the Paris House and the Compagnie de l'Est.

Along with his wife, Claude Dupont, whom he had married on 24 July 1923, James joined the Free French Forces in 1942, after perilous journeys through occupied territories with his two daughters. Ne was awarded the Croix de Guerre and became a Knight of the Legion d'Honneur. Prior to 1939, James had been an active member of the community of Compiegne, where he was mayor.

After the war, he was able to return to take up his love of countryside sports and horse racing. Claude died in 1964, and in 1966 James married Yvette Choquet. The couple lived quietly in Paris until his death in 1984. 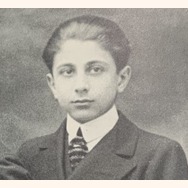