Philippe de Rothschild was born on 14 April 1902, the second son of Henri de Rothschild. In the 1920s, he was one of Bugatti's leading drivers, and was also a keen yachtsman. He and Henri launched the Theatre Pigalle in Paris in 1929, directing some of the pieces, and he was the producer of one of the first French 'talkies', Lac aux Dames. Philippe joined the Free French forces in London during the second world war, leaving his wife and daughter in Paris.

Philippe combined two Rothschild passions -wine and art - in one unique way: since 1945 the labels of his Château Mouton wine have borne the designs of artists of world renown, such as Picasso, Dali and Chagall. From 1973, the labels adorned a premier crû, Philippe having secured the only ever revision of the Bordeaux classifications made in 1855. These accomplishments are recorded in Philippe's memoires, Milady Vine.

From 1957, the challenge of rebuilding Mouton was shared with his second wife, Pauline Fairfax Potter. Together the couple established the museum dedicated to the grape.

An accomplished poet, Philippe was an acclaimed translator of Elizabethan verse, encouraged in this venture by Pauline. He died in January 1988, aged 85, and was buried in the mausoleum at Mouton of his own design. 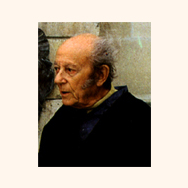