Baron David René James de Rothschild was born 15 December 1942, in New York, where his parents had travelled for safety during the Second World War.  He is the son of Guy Edouard Alphonse Paul de Rothschild (1909-2007)and Alix Hermine Jeanette Schey von Koromla (1911-1982).  While his mother remained in New York  throughout the war, his father went back to Europe where he joined the Free French Forces. After the war, the family returned home to Paris, where he was educated at Institut d'Études Politiques de Paris in Paris, graduating in 1966.

He began his business career at Société miniére et métallurgique de Peñarroya, one of the family's international mining businesses headquartered in Paris.  He then began training in de Rothschild Frères bank.  In 1967 due to French government reform of banking regulations, de Rothschild Frères became Banque Rothschild, a limited-liability company.  Following the election to the French Presidency of the socialist government of François Mitterrand in 1981, the new parliament nationalized a number of large companies and banks including Banque Rothschild.

In 1982, David recreated the bank in Paris after it had been nationalised, with 10 employees housed in the Avenue Matignon.  In 1987, joined by his half-brother Edouard, step-brother Count Philippe de Nicolay, and cousin Eric de Rothschild, Baron David created a successor company, Rothschild & Cie Banque. They soon built their new bank into a major competitor in France and continental Europe. In 2003, following the retirement of his English cousin, Sir Evelyn Robert de Rothschild, as head of N M Rothschild & Sons, the UK and French firms merged to become one entity, under one holding company, Paris Orléans. Under the leadership of Baron David, the successful partnership between the French and British family businesses enabled the group to develop a broad geographic footprint and global network, with 3,500 employees operating in 63 offices across 44 countries.

Outside of his role in the family business, Baron David has served as town mayor for 18 years for the town where the Rothschild’s made their home in Normandy at Château Reux.  The town is France's preeminent horse breeding area and is close to Haras de Meautry, the breeding farm run by his brother Edouard.  Baron David also owns a share of the Château Lafite-Rothschild vineyard but is not active in its day-to-day operations.

David de Rothschild succeeded former French minister Simone Veil as president of the French Entente Cordiale Scholarship trust, a Franco-British scholarship programme.  He was also President of the Fondation pour la Mémoire de la Shoah.  From 1982-2006, Baron David lead the United Jewish Fund (UJF), a federation of about 200 Jewish social, educational, and cultural associations, which his father had created in 1950. 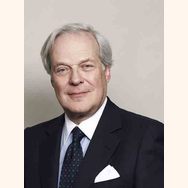