Baron Eric de Rothschild was born on 3 October 1940 in New York, where his mother, Mary Chauvin du Treuil (1916-2014), had travelled for safety during the Second World War. His father, Alain de Rothschild (1910-1982), remained in France and was a German prisoner of war. After the war Eric and his family returned to France, and he received an international education, in England, Paris and he then studied engineering at the Swiss Federal Institute of Technology (ETH) in Zurich.

His first professional experience was in the family-owned shipping company Saga. During the 1970s he moved to the Banque Rothschild in Paris, where he focused on corporate finance.  Later he went back to Saga, of which he was chairman.

In 1982, the then French President François Mitterrand, nationalized the Bank Banque Rothschild in conjunction with other members of the banking industry. This prompted Eric and his cousin David René de Rothschild (b. 1942), to create a new financial services company, PO Gestion. In 1984 the company received but a banking license.  The young bank was allowed to operate under the name Rothschild & Associés Banque in October 1986 (later changed to Rothschild & Cie Banque) after a new government came to power.

Besides his career as a banker, Eric took over from his uncle, Baron Elie Robert de Rothschild (1917-2007), the management of the family-owned winery Château Lafite-Rothschild in 1974. In 1983 he married Maria Beatrice Caracciolo di Forino (b. 1955) and they have three children. Eric is involved in numerous Jewish and charitable organizations.  Among other things, he is president of the Mémorial de la Shoah (French and Centre de documentation Juive contemporaine, (CDJC), dt Shoah Memorial), the central memorial to the Holocaust in France.

Beatrice Caracciolo, Baroness Eric de Rothschild (née Maria Beatrice Caracciolo di Forino) (b.1955) was born in São Paulo, Brazil and raised in Italy. She studied in New York at NYU and Columbia University, before pursuing an art curriculum at the New York Studio School. She has had numerous exhibitions of her works in the United States and Europe since the 1990s, and was the subject of a retrospective at the Villa Medici in Rome in 2010. For the past decade, Beatrice Caracciolo has experimented with a variety of materials, starting with her trademark charcoal drawings in which collaged elements often come to the fore. She has developed a series of works in zinc. She lives and works in Paris and has a studio in New York. 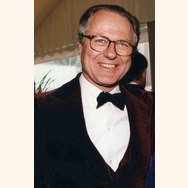