She was an actress, producer and director. As the actress Nicole Stéphane, she is mostly known for her role in two films by Jean-Pierre Melville, Le Silence de la mer (1949) and Les Enfants terribles (1950).

Her immediate family was deeply immersed in the arts. Her paternal grandfather, Baron Henri de Rothschild, was a playwright and theatrical producer who wrote under the names Charles des Fontaines and André Pascal and owned Théâtre Antoine and Théâtre Pigalle. Her first cousin Philippine de Rothschild was an actress with the Comédie-Française, using the name Philippine Pascal. And her father's brother, Baron Philippe de Rothschild, wrote plays, owned theaters, and produced motion pictures.

During the Second World War she joined the army and was briefly imprisoned in Spain in 1942 after crossing the Pyrenées while trying to join the Free French. She was also a liaison agent in Germany.

In 1953, she was nominated for a BAFTA Film Award for Best Foreign Actress for here performance in Les Enfants terribles (1950). Unfortunately, her acting career was cut short by a car accident. Her final role was in Carve Her Name with Pride (1958). She reoriented herself towards production, helping in particular Georges Franju and Jean-Pierre Melville. Among her production credits was Swann in Love, a 1984 adaptation of Marcel Proust's novel Remembrance of Things Past that starred Jeremy Irons and Ornella Muti. She was also honored as a member of Ordre des Arts et des Lettres by the government of France.

In the early 1970s, she had close friendship with the American writer and critic Susan Sontag.

Note: The photograph on this page is not in the collection of The Rothschild Archive. 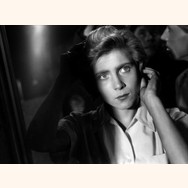