Philippine Mathilde Camille de Rothschild was born on November 22 1933 in Paris. A former actress, Philippine became synonymous with one of the finest wine houses in France, owning three of the great winemaking chateaux in the Medoc region: Château Clerc-Milon, Château d’Armailhac and, most famously, Château Mouton Rothschild.

During the Second World War, her father Philippe de Rothschild was imprisoned by the Vichy government, but escaped to London and later joined de Gaulle. Her mother, Elisabeth Pelletier de Chambure, who was not Jewish, remained in Paris, and in 1944, when Phillippine was 10, she was arrested by the Gestapo and sent to Ravensbruck, where she was murdered.

Philippine had always wanted to be an actress and, after leaving school aged 16, took to the stage, as Philippine Pascal, with the Comédie Française, where she met and married a fellow actor, Jacques Sereys. She joined the family wine business in the 1970s when her father,  called her back from her stage career to join him,  after he had succeeded in raising the ratings of Château Mouton Rothschild from second tier to premier. When her father died in 1988 she took over as head of Baron Philippe de Rothschild SA, expanding the business and developing partnerships in Chile and the Napa valley. Under her leadership the volume of wine sales doubled, and she continued the tradition, begun by her father, of commissioning well-known artists to design labels for Mouton-Rothschild vintages.

Philippine de Rothschild was a generous benefactress of charities and an avid collector of everything from houses and land to sculpture, tapestries and antiques. She was appointed an Officier de la Légion d’honneur in 2007. Philippine died in August 2014, aged 80. 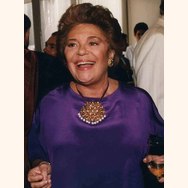