In 1820 Prince Metternich, Austrian Minister for Foreign Affairs, entered into negotiations with the House of Rothschild for a large loan that was to take the form of a lottery. The complicated arrangements for this enormous loan demanded the presence of a Rothschild in Vienna and thus Salomon, who had been handling Rothschild affairs with Austria, moved to the city and established a bank there. Salomon's close ties to Metternich were crucial in earning for the family a stake in the restructuring of Europe after the Napoleonic wars.

Salomon funded the first major steam railway to be built in continental Europe, the Kaiser Ferdinand's Nordbahn, which opened in 1839. In 1843 he purchased the Witkowitz iron works in Moravia. Salomon did not find his Viennese base quite so congenial as his brothers' new homes. Prevented as a Jew from owning property in the city, he simply rented the whole of the Römischer Kaiser hotel, which became the base for the firm he founded in his name. After the revolutionary period of 1848 however, Salomon settled into his Parisian château Suresnes, where he died on 27 July, 1855. His wife, Caroline Stern, whom he had married on 26 November 1800, had died in the previous year. 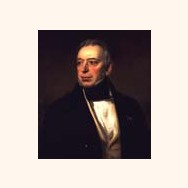