Nathan almost burst out of Frankfurt, the first of his brothers to found a branch of the family firm, to settle in England in 1798, initially as a textile merchant in Manchester and subsequently as a London bill broker nonpareil. His marriage in 1806 to Hannah, daughter of Levi Barent Cohen, gave him a position in society and a range of business contacts which might have taken him years to achieve alone. Building on this foundation and wedding it to the Rothschild network, Nathan was credited by his brothers with securing for them the best opportunities to achieve their position in the world of finance.

Nathan was a popular 'Manchester man', an indulgent father, a respectful husband, an admired (if occasionally feared) brother. He was a larger than life figure on the London exchanges, giving himself totally to his business, permitting no half measures. His brusqueness and off-handedness were legendary, and his tactics were examined and re-examined time and time again. No one knew quite how he became so supreme in his world, but all recognised the fact.

Nathan's London House, N M Rothschild, dealt in bullion and foreign exchange, and his remarkable successes in these fields earned him the contract from the British Government to supply Wellington's troops with gold coin in 1814 and 1815, leading up to the Battle of Waterloo. He issued 26 British and foreign government loans between 1818 and 1835 and in 1824 floated the Alliance Assurance Company.

Moving to New Court, St Swithin's Lane in London in 1809, Nathan initially raised his family there too, but by 1816 had found a villa at Stamford Hill to provide more space and better air. In 1825, the family's town home was established at 107, Piccadilly and in 1835, Nathan took on Gunnersbury Park in west London. In June 1836 Nathan travelled to Frankfurt for the wedding of his son Lionel to his niece Charlotte. Nathan died in Frankfurt on 28 July 1836.

Hannah, Mrs Nathan Mayer Rothschild (née Barent Cohen) was born into a family of rich linen merchants in 1783,. Her father, Levi Barent Cohen had moved to London from Amsterdam in 1770 where he achieved some standing as a merchant; the The House of Cohen was one with which Nathan's father, Mayer Amschel Rothschild (1744-1812) of Frankfurt had dealings, and one of those to which he recommended his third son Nathan for an informal apprenticeship on his arrival in London in 1798.

In October 1806, Nathan married Hannah. At the time of his marriage, Nathan might not have seemed the obvious choice for a young woman of Hannah's background, certainly not to her father, but Cohen clearly had the measure of the young Rothschild's potential. When Nathan was courting Hannah, his future father-in-law asked him for the name of his solicitor so that the settlements might be put in order. The story goes that Nathan remembered having seen on the door-post of an adjoining house in Angel Court the inscription, 'Edwin Dawes, Attorney', and with his usual self-possession he gave that name to Mr Levy Cohen. 'That is very fortunate,' answered Mr Cohen, 'for Mr Dawes happens to be my own solicitor'. Mr Cohen was gratified to know that his future son-in-law, to whom some suspicion of recklessness then attached, was in the hands of so prudent an adviser. Cohen settled £3,248.14.6 in 3% consolidated bank annuities on his daughter and the marriage was held in London on 22 October 1806.

Hannah was one of Nathan's closest associates, being consulted on business matters as well as taking care of the household and family. Nathan wanted his family to have all the benefits of English society, and Hannah, who enjoyed the same upbringing - lessons in music, art, literature, Hebrew and French - saw to it that her children were educated privately and the girls in particular studied music and art. In marrying Hannah, Nathan achieved a certain social standing in an instant, and she was not one to be held back from forging links with the great and the good to the benefit of their social standing and the business. In late November 1806, Hannah went to Manchester to share her husband's home. Nathan was well established in a community made up of merchants, textile manufacturers and his own staff. They embraced Hannah wholeheartedly. Hannah took part in the work of the business, dealing with correspondence and orders and signing cheques on behalf of the firm. Nathan's associates acknowledged her role by directing letters to her attention if they knew Nathan was absent. Hannah’s involvement in the business amounted to much more than giving practical assistance with the books. The suggestions of strategy and reports on political and economic developments which are recorded in her letters must also have been a constant source of support to Nathan: "My dear Rothschild” she wrote, “your letters of today were rather grumpy ... today the reports are of a much better cast and the funds also are assuming a better appearance. I think dear Rothschild a little more patience and courage and the prices will again attain a good price." The correspondence between the couple was not without warmth and concern; in the same month, Hannah wrote, "I also must beg that you put on your slippers when you get out of bed; the season is getting changeable and you must take care not to get a cold."

Hannah and Nathan had seven children and lived at Stamford Hill and later at Gunnersbury Park. Nathan died at the age of 58 in 1836; when he died, Hannah spoke of the loss of her best friend. Hannah, and his son, Lionel were with him in his last days, during which time he drew up his final will. “My beloved wife Hannah ... is always to co-operate with my four beloved sons on all important occasions and to have a voice in all deliberations. Moreover it is my special wish that my sons shall not engage in any transactions of moment without having previously asked her maternal advice.”

Hannah died at Gunnersbury in 1850, after collapsing while playing with her grandchildren. She was buried alongside her husband at the cemetery of the Great Synagogue, identified as Baroness de Rothschild. 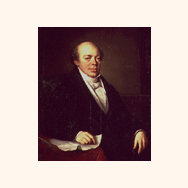