Carl Mayer von Rothschild was born in Frankfurt on 24 April 1788 in his father's recently-purchased house, the Grünes Schild. He was the fourth of Mayer Amschel Rothschild's sons, and while not the most gifted of his brothers, he was nevertheless totally absorbed by the family business. He travelled extensively during the Napoleonic wars, acting as courier for the transfer of funds.

In the early 1820s, Carl was dispatched to Naples to handle the family's business there, and here came into his own, perhaps at a more comfortable distance from his brothers, although he continued to visit Frankfurt for long periods. In Frankfurt he resided in a house at 31-33, Neue Mainzerstrasse, and in Naples he occupied the fine Villa Chiaia. With his wife, Adelheid Herz, he played host to important political and society figures.

Carl formed the fifth Rothschild house at Naples under the name C M von Rothschild & figli, and under his guidance the firm arranged financing for the draining of the Tuscan marshes, public works in Sardinia and in support of the Papal States.

Together with his brothers, Carl was granted a barony by Austria in 1822, following on from the entitlement to the particle 'von' in the family name. Carl was also Royal Prussian Privy Councillor, Privy Councillor to the Electorate of Hesse, General Consul of Sicily and of the Duchy of Parma.

After his death in Frankfurt on 10 March 1855, Carl was succeeded in the business by his son, Adolphe, while his sons Mayer Carl and Wilhelm Carl succeeded their uncle Amschel in Frankfurt. 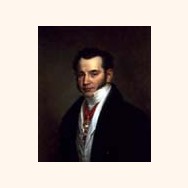