Henriette - or Jette - Rothschild, was the youngest of Mayer Amschel Rothschild's daughters, and was born in Frankfurt on 17 September 1791. In 1815, she married Abraham Montefiore. Abraham's brother, Moses, was married to the sister of Nathan Mayer Rothschild's wife, and the marriage affirmed the close ties between the two families.

The couple lived in Stanhope Street, London and had a country retreat at Worth Park, Sussex. Henriette's great-niece, Constance de Rothschild, remembered her fund of 'racy old Jewish humour' and she was therefore popular with younger members of the family. 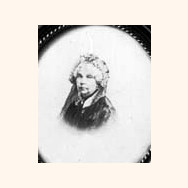