Nathaniel de Rothschild, 'a financier and a philanthropist by profession', was the third son of Nathan Mayer Rothschild and his wife, Hannah Barent Cohen. He married his French cousin, Charlotte, in 1842 and spent most of his adult life in Paris, helping his uncle run the Rothschild firm in that city. 'Nat' was born in New Court on 2 July 1812.

After spending some time with his brother, Anthony, at Strasbourg University, Nat settled down to an apprenticeship in the family business before moving finally to France. He and Charlotte lived firstly in a house in the rue Taitbout and from 1856 at 33 rue du Faubourg Sainte-Honoré, where he indulged his passions for old master paintings, 18th century furniture, books and manuscripts. In 1853 he bought the vineyards near Bordeaux known as Mouton.

Like his brothers, Nat was a regular hunter, but a fall left him half-paralysed for the last 15 years of his life. In spite of serious disabilities, including virtual blindness, he continued to play a respected role in the business, having letters and papers read aloud to him by a secretary and dictating letters to London almost daily.

His grandson, Henri de Rothschild, recalled his high moral qualities, his kindliness and affability. To an enquirer who asked how he might become more like the Baron, Nat replied. "Philanthropy is a skill that you have to learn young; you would not know how to begin." 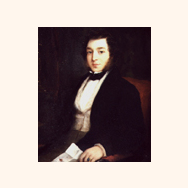