Wilhem Carl married his Viennese-born cousin Hannah Mathilde (Mathilde) von Rothschild (1832-1924), the daughter of Anselm and Charlotte in 1849. After their marriage the couple settled in Frankfurt, first in a house on the Zeil, then in the Villa Grüneburg and then later taking a house in the small town of Königstein as a summer home.

He took over the management of the Frankfurt House from his brother Mayer Carl in 1886 until his death in 1901. By 1901, Frankfurt was no longer a significant financial centre. No family members in London, Paris or Vienna wished to move to the Prussian city, and the decision was taken to liquidate the Frankfurt house.

His Jewish faith was a strong influence over his life. He never missed prayers in his house on the Bockenheimer Landstrasse, and insisted that the bank observe the Sabbath. 'Die Israelitische Religionsgesellschaft', (The Jewish Religious Society) which resisted liberalisation of Judaism, was heavily dependent on Willy Carl, a founder-member, for the development of its institutions.

He and his wife, Mathilde, were supporters of numerous charitable foundations in Frankfurt. The final entry in the venerable Memorbuch of the Jewish community in Frankurt records his life. He died on 25th January 1901. 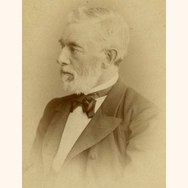