Gustave Samuel James de Rothschild, was born in Paris on 17 February 1829, the second of James and Betty's sons. His father was by this time well-established in the city and his children had all the benefits of the family's social standing.

Gustave was educated at the Collège Bourbon and served an apprenticeship in Frankfurt. On 9 February 1859 he married Cécile Anspach.

In his later adult life, Gustave shared the management of de Rothschild Frères with his brother Alphonse, and was a director of the Chemin de fer du Nord and the PLM company.

Experience in the National Guard in 1848 had made him aware of the vicissitudes of political life in France and he never developed a robust attitude to change.

From 1852 he was a member, and later president, of the Paris Consistory. His commitment to improving the lot of the Jewish community was undertaken on behalf of that body and in connection with family foundations.

A Hebrew primary school in Paris, which he founded in 1866 bore his name, and he was a director of the Rothschild Hospital. Together with his brothers, he created in 1904 the Fondation Rothschild to build artisans' dwellings. 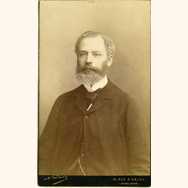