Annie Henriette de Rothschild was born on 9 December 1844, the daughter of Sir Anthony and Lady Louise de Rothschild. She spent her early years in Paris where her father was working in the House of de Rothschild Frères. From 1847, the family settled into 2, Grosvenor Place, London.

Annie enjoyed a very happy, though tragically brief, marriage to Eliot Constantine Yorke who died five years after their wedding on 11 February 1873. There had been initial family objections to the marriage since Eliot was not Jewish. The couple had lived at Hamble Cliff, Hamble, Hampshire, and Annie spent much of her time here after Eliot's death. She died there on 21 November 1926.

Annie took a keen interest in education issues. In her youth she was closely involved with the classes at the Jews' Free School and she subsequently became a member of the Education Committee of Hampshire County Council. For some time, she was the only female member of Council of University College, Southampton. She was a dedicated worker on behalf of the Temperance movement and became President of the Band of Hope Union and other organisations.

Annie enjoyed yachting and made her yacht 'Garland' available to the Gladstones and her sister and brother-in-law in the election campaign in June 1889. She was a talented artist and took great pleasure from recording her journeys in watercolour.

Eliot Constantine Yorke (1843-1878) was a British politician and courtier. He was the fourth son of Admiral Charles Philip Yorke, 4th Earl of Hardwicke, and the Hon. Susan, daughter of Thomas Liddell, 1st Baron Ravensworth. The Conservative Party adopted Yorke as their candidate at a meeting in Cambridge in October 1873; Yorke was returned to Parliament as one of three representatives for Cambridgeshire in 1874 (succeeding his elder brother Lord Royston), a seat he held until his early death four years later. He was also a Captain in the Cambridgeshire Militia, an Equerry to His Royal Highness the Duke of Edinburgh and a Deputy Lieutenant of Cambridgeshire. On 11 February 1873, Yorke married Annie de Rothschild, daughter of Sir Anthony de Rothschild, 1st Baronet, and the marriage was solemnised the next day at St. Andrew's Parish Church, Wimpole, Cambridgeshire.  They had no children. On 21 December 1878, he died at 17 Curzon Street, Mayfair, London, aged 35. He was buried at St Andrew the Apostle, Hamble-le-Rice. Annie survived him by almost 50 years. 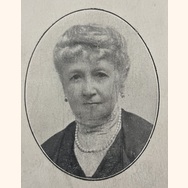