Charlotte Béatrice de Rothschild was born in Paris on 14 September 1864, the daughter of Alphonse James de Rothschild (1827–1905) and Leonora de Rothschild (1837–1911). She was fond of the colour pink which, together with her prematurely white hair, suggested a soft, undefined character. The opposite was true. Béatrice could be authoritarian, capricious even, and she had vision. The poet Andre de Fouquières wrote: "I remember well the face of Mrs. Maurice Ephrussi, née de Rothschild, a face with immaculately delicate features, framed by silver hair. She was always dressed beautifully in blue, with a ribbon of the same color, and a small fox terrier lying at her feet... Born into a limitless horizon of wealth, yet not conspicuous, except when she held generous parties and, I remember, in particular, one summer night, when we had the privilege to see, in her gardens, which drew from her mansion across to the sea, and bathed in moonlight, Anna Pavlova dancing to the Chopin nocturnes."

In Paris, on 5 June 1883, Béatrice married Baron Maurice Ephrussi (1849-1916) of the aristocratic Ephrussi family. Maurice was born in Odessa, in the Russian Empire. His father, Charles Joachim Ephrussi (1792-1864), was a trader in wheat who founded a bank, Ephrussi & Co.; his elder half-brother, Ignace von Ephrussi, founded a branch of the family bank in Vienna.

In 1895, Maurice Ephrussi purchased the Château de Reux, Pont-L'Evêque, Calvados, Normandy. The Ephrussis made several additions to the existing original tower house. Maurice Ephrussi maintained a vast stable of thoroughbred horses at Reux that won several of the most prestigious prizes in France and England. They maintained Reux along with L'Hôtel Ephrussi-Rothschild in the avenue Foch in Paris and a villa, 'Rose de France'in Monte Carlo, attracted it is said to the area by the casino of which they were both rumoured to be fond. The couple used Béatrice's wealth to travel the world and to acquire a collection of paintings including Old Masters, plus sculptures, objets d'art, rare porcelain and antique furniture. She also commissioned the Rothschild Fabergé egg in 1902, presenting it to her future sister-in-law, Germaine Alice Halphen (1884-1975), on the occasion of her engagement to Édouard Alphonse James de Rothschild (1868-1949).

In 1902, her husband's cousin, Théodore Reinach began building a Grecian-style villa at Beaulieu-sur-Mer on what became known as the French Riviera. Visiting his Villa Kerylos, Béatrice fell in love with the area and conceived the plan to construct the Villa Île de France. Béatrice acquired a 17-acre (69,000 m2) parcel of land on Cap Ferrat where she built a luxurious Venetian style villa in the Goût Rothschild. She filled it with many of her collections and created her own private zoo with exotic birds and animals including flamingos budgerigars, monkeys, mongooses, antelopes, and gazelles. The completed villa formed the backdrop for her art collections, some inherited from her father. Both Maurice and Béatrice were avid art collectors and his cousin, Charles Ephrussi, proprietor of the Gazette des Beaux-Arts in Paris, was a patron of the Impressionists.

The Ephrussis divorced in 1904; it is said that as she caught a serious illness from Maurice which prevented her from having children. Maurice was a big gambler and by 1904 his debts amounted to more than 12 million gold francs. Concerned for Béatrice, the Rothschild family took Maurice to court to demand a separation. They won the case and, in June 1904, after 21 years of marriage, Béatrice de Rothschild and Maurice Ephrussi were separated. After 1905, Béatrice spent most of her time on the Cote d'Azur.

Béatrice Ephrussi de Rothschild died in 1934 at the age of 69 at the Hôtel d'Angleterre in Davos, Switzerland. She was buried in Paris in the Père Lachaise cemetery. In her will, the Baroness bequeathed the Villa Île de France and its art collections to the Académie des Beaux Arts division of the Institut de France for use as a museum; today The Musée Ephrussi de Rothschild preserves the name of Béatrice's husband together with her own. Her properties in Paris and Reux were inherited by her brother, Édouard Alphonse James de Rothschild 1868-1949). When he died in 1949, they passed to his only surviving son, Guy de Rothschild (1909-2007). 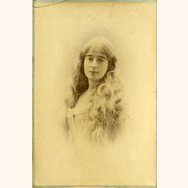