Edouard Alphonse James de Rothschild was born in Paris on 24 February 1868, the third child and only son of Alphonse and Leonora de Rothschild. Surviving a youthful duel, which he fought to combat anti- Semitic insults, Edouard and his younger cousin, Robert, directed the affairs of the Paris House. He was a director of the Bank of France and was closely involved with the administration of the family's railway interests.

On 5 March 1905, Edouard married Germaine Alice Halphen and the couple lived on the rue Saint Florentin, Ferrières and Sans Souci. At Ferrières, he had a golf course constructed, while his stud farm at Meautry was one of the most successful in France. Edouard had inherited much of his father's art collection and he and Germaine were hosts to numerous artists and musicians at the rue Saint Florentin. Edouard was elegant and self-effacing. His kindliness towards his children was not in evidence at the bank, where he was highly-strung and frequently impatient.

Edouard and his family reached the safety of the USA in 1940. He returned to France after the war to piece together the bank's affairs, assemble his own art collections and to try to restore his stud to its former glory. He died on 30 June 1949.

Germaine, Baroness Edouard Alphonse de Rothschild (née Halphen) (1884-1975) was born in Paris in 1884, the daughter of the financcier Émile Halphen and philanthropist Louise Fould. She was the granddaughter of Paul Fould (1837-1917), the niece of the composer Fernand Halphen, the cousin of Gaston Gradis and cousin of Noémie Halphen (wife of Baron Maurice de Rothschild). Her marriage to Edouard produced three children, Guy, Jacqueline and Bethsabée. Noted for her philanthropy in her native France, in 1938, she founded the Jewish Committee for Children of Germany and Central European refugees in France. In 1942, she was successful in securing the emigration of 130 Jewish children to the United States. In 1952 she wrote an illustrated volume on the work of the French potter, Bernard Palissy. 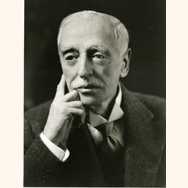