Robert Philippe Gustave de Rothschild was born in Paris on 19 January 1880. He was the youngest child of Gustave de Rothschild. He was destined to play a major role in the management of the Paris House, de Rothschild Frères, in which he eventually owned 50% of the shares. His formal training as a mining engineer therefore served him well in preparing him for the work in which the firm had become deeply engaged. Robert lived in Paris on the avenue Friedland. He married (Gabrielle) Nelly Beer (1886-1945) in March 1907, and inherited the family home at avenue Marigny and the estate of Laversine on the death of his father in 1911.

Electing to join the French army as a trainee interpreter in 1900, Robert’s training lasted for three years.  Mobilised at the outbreak of war in August 1914, he spent the early part of the war attached to the 8th Division British Expeditionary Force as an interpreter.  The Division landed at Le Havre on 7 November 1914 and Robert’s expertise in several languages would be well utilised. Back home, Laversine Park was turned into a military hospital where Nelly nursed the wounded.  Their youngest son, Elie (1917-2007), was born at Laversine in 1917 into an uncertain world in the midst of war.

Robert was fully demobbed on 21 January 1919.  During his service he had been awarded the Croix de Guerre with two citations: one bronze star (mentioned at regiment or brigade level) and one bronze palm (cited at army level.) In February 1919 Robert’s commanding officer, Général Valentin of the 133rd Infantry Division, wrote to inform Robert that he had been put forward for Chevalier de la Légion d'honneur.  For Robert, life resumed its pre-war pattern of business, fatherhood, patron of the arts, and polo player.

On 10 July 1939, 20 years after his demobilisation, Robert, aged 59, received an order for mobilisation once again.  Forced to leave France during WWII, Robert and his family went to the United States of America, whereupon he was stripped of his French citizenship and his Légion d'honneur by the Vichy Government of France.

Robert shared a family love of music and art, forming a collection of works by Picasso and Modigliano at a shrewdly early time. At Laversine, he had his own polo team. In community matters he also took a lead. He succeeded his uncle Edmond as president of the Paris Consistory in 1933, and soon had to lead the community campaign to aid refugees from the Nazis, forming a foundation for this purpose in 1935. He also became founder-president of a new Committee of Assistance to Refugees, and took charge of the Centre of Documentation and Vigilance, connected to the Consistory.

Forced to leave France for the USA during the Second World War, Robert died in Switzerland on 25 December 1946. 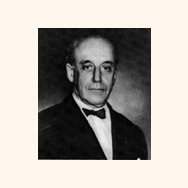