Maurice Edmond Charles de Rothschild was the second son of Edmond de Rothschild and was born at Boulogne-sur-Seine on 19 May 1881. He was considered by some members of the family to be a wayward character, displaying rather too fond an interest in leisure activities, and too little in the business which supported them. However, well into his middle years, he became a 'self-made' billionaire, through skilled investments in the markets. Maurice created for himself a political career, serving as a senator for the Hautes-Pyrénées from 1919 and then from 1924 of the Hautes-Alpes.

Maurice married Noémie Halphen in Paris in 1888. Maurice followed his father into membership of the Academy of Fine Arts, in recognition of his collecting tastes which he had honed during a short spell as a picture dealer. Maurice had also organised a zoological expedition to Africa and wrote scientific papers.

Maurice and Noémie inherited some of the Rothschilds' finest properties: on rue du Monceau and rue du Faubourg Saint Honoré in Paris, Armainvilliers and Pregny, where he died on 5 September 1957.

Noémie, Baroness Maurice de Rothschild (née Halphen) was was a French philanthropist and property developer. She was born Noémie Halphen on 29 June 1888 in Paris, France to Jules Halphen and Marie Hermine Rodrigues-Péreire. She was the granddaughter of financier Eugène Péreire of the Sephardic-Jewish Péreire family of Portugal who were banking rivals of the Rothschilds.

During the First World War Noémie turned her hôtel particulier in Paris into a hospital. In 1916, she decided to develop a ski resort in France to avoid having to holiday alongside the Germans in St. Moritz, Switzerland. By 1919, she founded Société Française des Hôtels de Montagne, and after the war, she developed the Domaine du Mont d'Arbois, a luxury hotel in Mont d'Arbois near Megève in Haute-Savoie. It was completed in 1921. 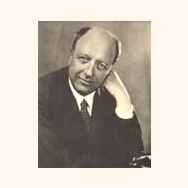