Mayer Carl von Rothschild was born in Frankfurt on 5 August 1820, the eldest of Carl's sons. He eventually took a controlling role in the management of the Frankfurt House after the death of his uncle Amschel.

Mayer Carl studied at the University of Göttingen and in Berlin. He married his cousin Louise at the London synagogue in Duke's Place on 6 April 1842. In Frankfurt, the couple lived at first on the Zeil, before acquiring a house on the Untermainkai and the Günthersburg mansion outside the city. Mayer Carl amassed an incomparable collection of silverware.

In 1854, the firm was made Banker to the Court of Prussia. Mayer Carl acquired personal honours too, such as the Duchy of Parma consulship in Frankfurt, Consul of Bavaria and Austrian Consul-General. He undertook more demanding roles, when in 1866, he took part in a Frankfurt delegation to Berlin to demand a reduction in the contribution to the war effort, was a deputy in the North German Diet, a member of the German Reichstag and took a seat on the Frankfurt city parliament. In 1871 he became the first Jew appointed to the Prussian Upper House. 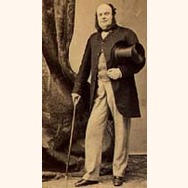